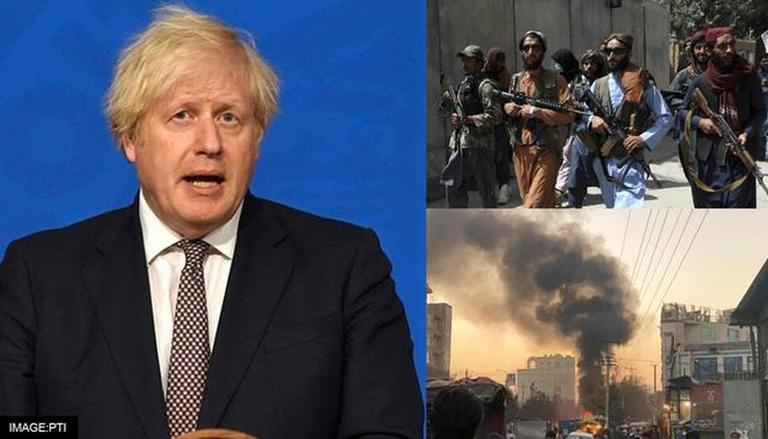 A day after the horrific terrorist attack in Kabul Gurdwara, the British government said on Sunday that it does not approve of a political solution in Afghanistan through brutality. In a statement, the Chargé d’Affaires of the British Mission in Afghanistan in Doha, Hugo Shorter, said London did not support anyone, including Afghan nationals, who seek “to secure political change through violence”. He went on to lament the ISIS-Khorasan attack that rocked Kabul in the early hours of Saturday.

“The UK does not support anyone who seeks political change through violence, or any activity inciting violence for political gain in Afghanistan and will not allow UK soil to be used to plan or prepare for it and we strongly discourage others to do so,” Shorter said. , as quoted by the British Embassy in Kabul.

Shorter went on to say that “violence of any kind is not in the interest of Afghanistan, or the international community and we deplore terrorist attacks of any kind.” He added: “To promote peace and stability, provide essential humanitarian support to the Afghan people and address common security concerns, there is no alternative to a pragmatic dialogue with the current administration of Afghanistan, and that is what we are doing. “

It comes after former UK defense chief David Richards predicted that eventually Western governments would recognize the interim Taliban regime in Afghanistan. “I think the West will eventually recognize the Taliban regime. If so, we’d better deal with it sooner rather than later. There is a beautiful phrase for being magnanimous in victory. I think this is an opportunity for us to be magnanimous in defeat,” Richards said, as reported by The Khaama Press.

Afghanistan’s Ambassador to India, Farid Mamundazay, on Sunday denounced the attack on Kabul’s Karte Parwan Gurdwara, calling it “violent and heinous”. Talk to ANI, Mamundazay said it was a strike “not only against the Sikh community but against the entire civilized population of Afghanistan”. He added: “Unfortunately, this is not the first incident in recent months. We condemn this violent and heinous attack.”

delhi | This attack was not only targeting a Sikh gurdwara but the entire civilized population of Afghanistan. Unfortunately, this is not the first incident in recent months. We condemn this violent and heinous attack: Afghan Ambassador to India Farid Mamundzay on the Kabul attack pic.twitter.com/fLUPyLHJC

He also recalled the harmonious relationship between Sikhs living in Afghanistan and nationals. “This is their country,” he said, adding that New Delhi must make efforts to get in touch with the leadership in Kabul and make “preparations…to bring those who want to come here.”

Unidentified gunmen opened fire inside the premises of Dashmesh Pita Guru Gobind Karte Parwan Gurdwara in Kabul around 7am on Saturday. At least 30 people were inside the gurudwara chanting Sukhmani Sahib or morning prayers when the shooting broke out. A total of 5 people were reportedly killed, including three infiltrators, the Afghan newspaper Pajhwok News reported. Among those killed was Sawinder Singh, a 60-year-old resident of Ghazni district in southeastern Afghanistan.

Islamic State-Khorasan (ISIS-K) claimed responsibility for the deadly terror attack, calling it an “act of support for the Prophet”. In its statement on its propaganda website, the terror group wrote that the strike targeted Hindus and Sikhs. Multiple explosions ripped through the prayer hall after the terrorist “entered the temple” in Kabul and opened machine guns and hand grenades. Prime Minister Narendra Modi also expressed shock at the “cowardly” attack.

Can we turn the threats of climate change into an important political issue and help the planet get started?

How can citizens effect political change? Songezo Zibi shares his vision of SA