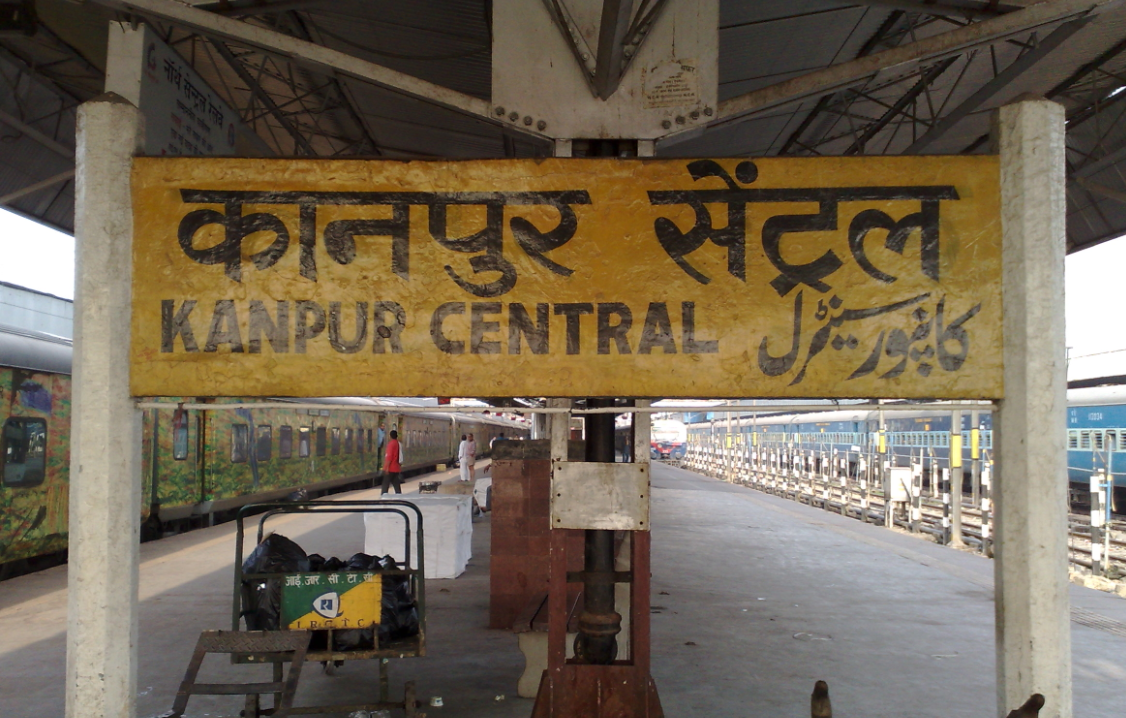 UP Elections: Is the wind of political change blowing in Kanpur?

Saood Bhai, who has worked in the leather industry for 20 years as a belt maker, says, “The leather industry in Kanpur has collapsed; more than 200 tanneries have closed, and others are working at 50% less than their capacity, leading not only to loss of activity but also to unemployment which has increased enormously.” Kanpur in Uttar Pradesh is known as an industrial city and contributes significantly to the gross domestic product (GDP) of the state, but the COVID-19 pandemic has broken its industry’s back.

While unemployment increased, those who are still working only receive half their salary because there is not as much work available in factories as before the pandemicsaid Saood Bhai. He adds that many laborers who became unemployed bought battery-powered rickshaws and are now struggling to earn a living.

Kanpur, once called the Manchester of Asia and seen as an example of the country’s economic progress, today faces the problems of industrial downturn, unemployment, bad roads, dirt, water and sewage, among others. On top of that, the National Green Tribunal (NGT) and the Pollution Control Board impose strict restrictions to “reduce pollution” that harms business. Tanneries have been forced to cut production by more than 50% for fear of lockdown by the authorities.

Akhtar Hussain, a leather trader from Kanpur, recounts Newsclick, “A lot of tanneries have been closed, and now only big traders are able to run tanneries. In the past, there were over 400 tanneries in the Jajmau of Kanpur; now the number of such tanneries has dropped from 55 to only 56.”

Akhtar further explains: “The small tanneries ceased to operate and rented their premises to the large tanneries or started other works. They don’t have enough money to buy raw hides from big meat companies and make leather. So they quit their jobs and now the leather industry is just a playing field for big players.”

Akhtar says, “Over the past seven years, the backbone of the leather industry has been completely shattered, with the biggest burden borne by the Dalit and Muslim communities. Most of the tannery workers were from the Dalit community. But due to the closure of work, they have returned to their villages and their fate is ineffable.”

According to Akhtar, unemployment has reached terrible levels in Kanpur. “Young people are unemployed and wander in search of work. A huge crowd gathers at Labor Chowk, but the majority of workers go home without finding work,” he said.

Speaking about the electoral environment in Kanpur, Akhtar said, “There is a close contest between the Samajwadi Party-Rashtriya Janata Dal alliance and the BJP. All parties fielded strong candidates, and the results may surprise everyone.”

Kanpur is a large district in terms of population. According to the 2011 census, Kanpur district has a population of around 45 lakhs, with Muslims accounting for 15.73% and Dalits just over 15%. Kanpur district consists of three sub-divisions, three tehsils, ten sub-tehsils, 90 panchayat samiti, one municipal corporation, two municipalities, 557 gram panchayats, 909 revenue villages and ten assembly constituencies. Election results here impact statewide politics.

Siddharth Kashiwar, chairman of Vaishy Mahasangathan and coal trader, said Newsclick that he comes from a family of freedom fighters and never thought that the democratic system of the state would get so bad that it would be difficult even to discuss issues concerning ordinary people. “Our elders fought against slavery so that a free India could be built on the basis of democratic values. But today, efforts are being made to make India a theocratic nation.

He adds, “If you look at the whole election, there is no discussion on the issues of development, unemployment, education and health, because the BJP leaders have turned the whole campaign towards religious polarization. So it’s hard to say what the outcome will be.

Siddharth recalls that “during the last election out of ten seats in the Kanpur assembly, the PS and the Congress were only able to win one seat because there was an electoral alliance between the two parties. But this time it won’t be fair to say anything about the outcome as both sides are fighting separately. This is certainly where there is a section that wants change, but the impact it will have remains to be seen.

Abhimanyu Gupta, Samajwadi Party candidate for Kidwai Nagar Legislative Assembly in Kanpur district, recounts Newsclick that the people of Kanpur want to change this time, and the SP will create history in the district. According to him, this time the SP will win at least eight out of ten seats in the Vidhan Sabha.

Abhimanyu says, “The people of Kanpur are fed up with the politics of hate, and now they want development, jobs, hospitals and business growth. When asked on what issues the SP is contesting the elections, he replied, “The industries in Kanpur are closing or production has gone down, and there is no help from the government. This has a direct impact on the economic situation of the state, and unemployment is also increasing enormously. Young people are worried, they want a job. The Samajwadi party will give all its help to the business world, give jobs; 300 units of electricity will be provided free of charge and new hospitals will be built; women will receive a pension of Rs 1800, and a reservation of 33% will be assured to them in all government posts.”

He adds that “the agenda of the Samajwadi party is very clear that the state must return to the path of progress it had achieved under the Akhilesh Yadav government”. He exudes confidence saying, “We will win and form the next state government.

The question is whether the SP-RLD alliance or the Congress will be able to reverse the BJP’s massive victory in the last elections in Kanpur. As Akhtar and Siddharth point out, the fight in the ten assembly seats of Kanpur is a close contest. Therefore, the results here will be surprising to everyone.