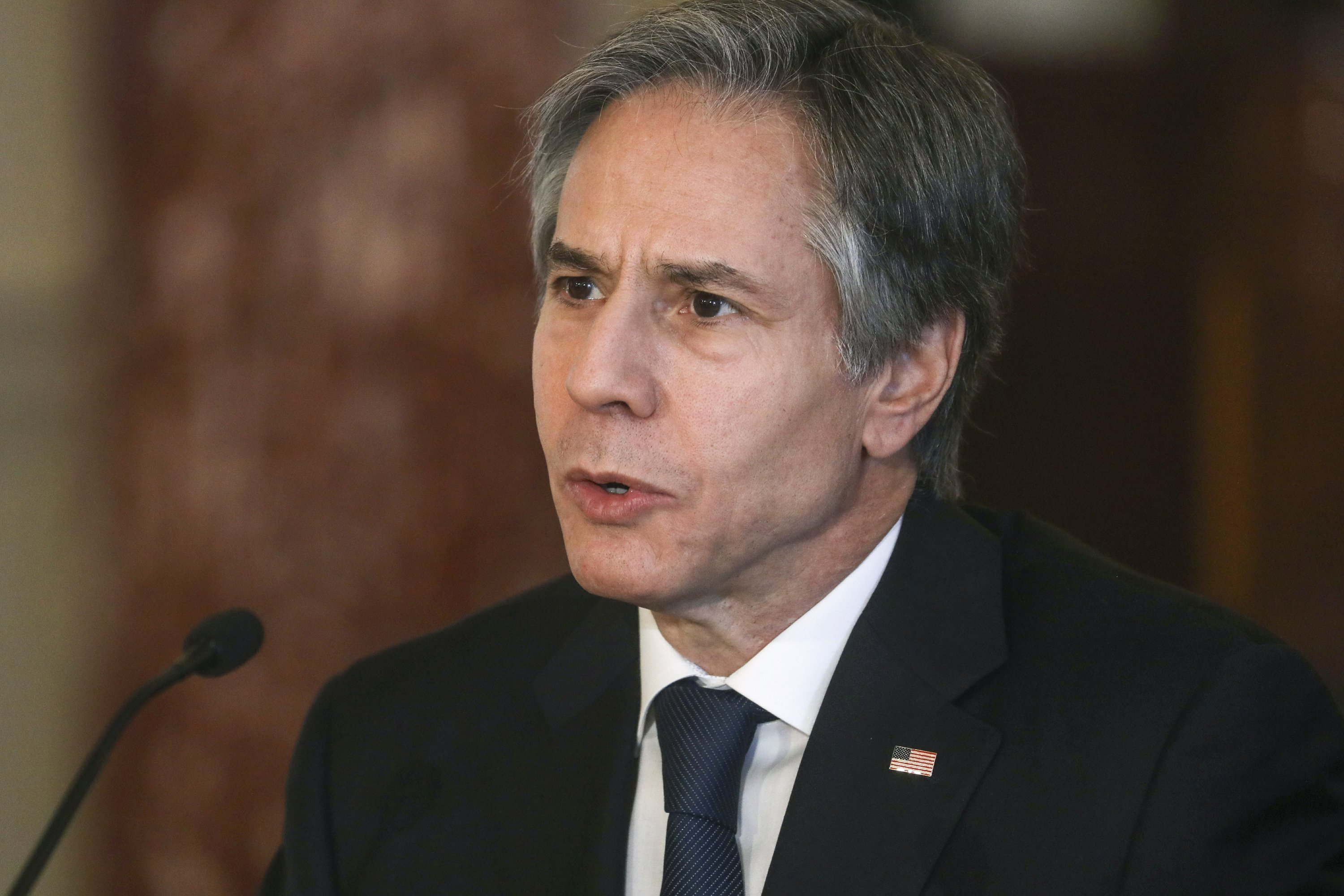 UNITED NATIONS (PA) – US Secretary of State Antony Blinken on Monday urged the divided UN Security Council to stop making humanitarian aid to war-torn Syria a political problem and to open more border crossings to provide food and other assistance to 13.4 million people in need. But Russia quickly reiterated its opposition to crossings into rebel and opposition areas.

Referring in particular to Russia and its close ally Syrian President Bashar Assad, Blinken said the council should also “stop participating or making excuses for attacks” on hospitals and near the only authorized crossing point. , which closed the channels of assistance.

In January 2020, at the insistence of Russia, which has a veto power in the Security Council, members voted to reduce four crossings for humanitarian aid to Syria to just two for Turkey in north-west controlled by the rebels. And in July, still under threat of a Russian veto, the council reduced to a single border crossing from Turkey.

Blinken called for the reopening of the second border post from Turkey which delivered aid to around 4 million Syrians and the passage from Iraq which brought aid to 1.3 million in the northeast , which is controlled by Kurdish forces allied with the United States and several hundred American soldiers. .

Russian Deputy Foreign Minister Sergei Vershinin sharply criticized cross-border aid deliveries. He accused humanitarian groups of discriminating against areas controlled by Damascus and refusing to fund Syria’s recovery and the return of refugees in order to preserve cross-border operations which he said “violate the norms of international humanitarian law.”

“They are doing this with one goal in mind, to undermine Syria’s sovereignty and territorial integrity for political reasons because they just don’t like the country’s government,” Vershinin said.

He also blamed the “dramatic negative impact” of unilateral sanctions imposed by the United States and the European Union for the “economic suffocation” of Syria, noting that 90% of Syrians live below the poverty line, 60 % suffer from hunger and 2 million children do not. get an education. He accused “terrorists” in rebel areas of taking food from needy civilians.

The United States holds the rotating presidency of the Security Council this month and Blinken took the opportunity to chair the most powerful UN body to call for a political solution as the Syrian conflict marks its 10th birthday.

Stressing that all council members have children or grandchildren, he asked how it was possible not to “find in our hearts the common humanity to really take meaningful action” when the humanitarian situation in Syria is “serious” and getting worse.

Blinken, who has young children, asked council members to think about their children.

â€œDespite our differences, we have to find a way to do something to act to help people. It is our responsibility, and shame on us if we do not respect it, â€he said.

The meeting took place as the international aid community braced for large deficits at a donors’ conference that kicked off in Brussels on Monday and co-hosted by the UN and the European Union. Russian Vershinin criticized them for not inviting the Syrian government.

UN humanitarian chief Mark Lowcock told the council that “the deep economic decay of a decade of war has deepened further over the past year, not least because of the pandemic “.

He said the need for aid had jumped 20% from last year and that UN-coordinated humanitarian organizations were seeking around $ 4.2 billion to reach 12.3 Syrians inside the country. country. He added that an additional $ 5.8 billion is needed to support countries hosting Syrian refugees in the region.

“We need more money, not less, if we are to prevent further deterioration – the consequences of which could be dramatic and widespread,” Lowcock said.