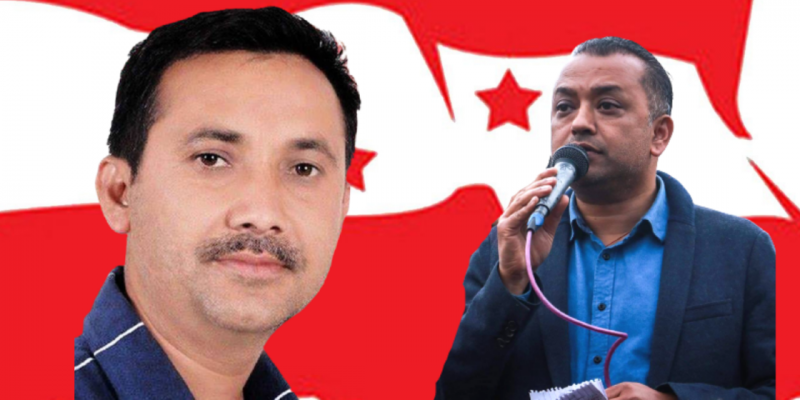 Despite a myriad of distractions and beyond all partisan rhetoric, Nepal’s oldest democratic party, the Nepalese Congress (NC), carried out a very effective democratic exercise to reach its 14th General Convention which ended early week. He elected a new leadership in the party organization at seven levels – from wards to municipalities, provincial assembly constituencies, federal constituencies, districts and provinces to the federal level – created in harmony with the federal state restructured.

With a few exceptions, these party cadres were elected following hotly contested elections, which undoubtedly constitutes a significant contribution to the party’s internal democracy; but more generally, towards the deepening of a republican democracy often presented as stammering. The result of this democratic exercise shines even more if it is contrasted with the modus operandi used by two other major political competitors of the NC, the Communist Party of Nepal (UML) and the Communist Party of Nepal (Maoist Center), by “electing” their new national leaders through their respective national conventions organized at the same time. These two communist formations essentially thwarted the full extent of democratic competition within the party to choose trusted henchmen from the party supremos, KP Sharma Oli and Pushpa Kamal Dahal, respectively. Its democratic credentials thus refined should offer CN a real competitive advantage in the next local and parliamentary elections.

Without a doubt, technically, the citadel of power in the NC remains with the establishment faction led by the prime minister and re-elected president of the party, Sher Bahadur Deuba. Of the 14 central executives, including himself and a treasurer who have yet to be named, nine are his apparent supporters. Apart from the executives, among the 154 members of the central committee, according to article 21, article 10 of party status, he alone will appoint 33 members.

However, he also has the political-moral obligation to name his opponents as his closest rival in the presidential race Shekhar Koirala and other candidates for leadership positions like vice president and general secretary who lost the elections. by honorable margins. Even though many of his close confidants have been severely beaten, Deuba still enjoys a very comfortable majority in the central committee.

But in politics, the numbers and the plan reign supreme. CN’s 14th General Convention unequivocally endorsed the plan to transfer power to the next, younger generation of management. the electoral victory of two dynamic young leaders, Gagan Thapa and Bishwa Prakash Sharma, to fill the two posts of secretary general, challenging anti-establishment panels, is unequivocal proof that the party base was desperate to see the transfer of power from what is called the second generation of the leadership of the NC directly to the fourth generation.

The victory of Thapa and Sharma, who won respectively 64.56% and 42.37% of the 4,682 votes cast, also shows that the electorate defied the decrees of the “lords” of the party’s factional divisions in the future interest. organisation. Over 60% of central executives elected to panels are either new faces or have taken on new responsibilities. Equally important is the fact that they have effectively replaced a number of self-proclaimed party heavyweights who were primarily responsible for the downfall of the party in the immediate past.

This set of new leaders has unique character traits. Many of these young leaders began their active political careers after restoring democracy in 1990. As a result, this generation did not endure long years of incarceration, exile or repeated arrests inflicted by the panchayat system of the time under an absolute monarchy. The only large-scale organized political revolt they participated in or experienced was the 2006-07 anti-monarchy and pro-Republican movement. This phenomenon forces these leaders to bet more on their delivery than on the anecdotes of personal sacrifice and painful struggles.

Also, it is undoubtedly the generation that better understands the aspirations of young people in general, who is more interested in their future than in the whining of the past, communicates more through social media than through social revolt, and seeks solutions. pragmatic solutions to socio-economic problems. problems dancing to mundane political rhapsodies.

The point is that the rise of youth leadership in the NC, as personified by Thapa and Sharma, only serves as symbolism for change. Proving their courage, as leaders of change living up to their elected responsibility, will be more difficult than the battle fought by the ballot. The â€œnext generationâ€ leadership that has emerged regardless of its affiliate function must pass a three-step litmus test. Their victory, although only partially, enshrined the â€œimperative for changeâ€ agenda in the party they put forward. But, as a first step, it is now collectively incumbent on them to adequately articulate this program of change in terms of calibrating the principles, policies and programs of the party.

Second, they must be able to end the pervasive sense of “disconnection” between the mainstay of party affairs and the burning issues of the country, such as speed. deterioration of economic indicators, the decaying education system, the worsening unemployment scenario and the exhaustion of national prestige on the international scene.

The new political leadership aspiring to rise higher cannot afford to be impervious and ignorant like their predecessors in the face of the pressing problems of the people.

Third, the chosen model of the central leadership of the NC dismantled the factionalism existing in the party and created new centers of power. The most critical challenge for the NC will be to make it a party of interest to the next generation of young Nepalese who are hopelessly disillusioned by the politics centered on the small interests of a few influential actors of the national party.

Therefore, change in both the narratives and the functionality of the core democratic force like CN is the epitome and must be led by these change leaders. This can only happen with the awareness among these young leaders that they represent their cadre-supporters who voted for them and the greater popular will which impatiently awaits the nation’s policy to deliver the goods.

Achyut Wagle holds a doctorate. in economics and is currently a professor at the Kathmandu University School of Management.

JUI-F the “biggest” political party of the KP